As an invader you are three types of troops (infantry, cavalry and archer) used to fight, as well as the same three types of heavy units, used to block camps on the way to the leader. The most important when fighting is choosing the right type of troops to the opposite group. 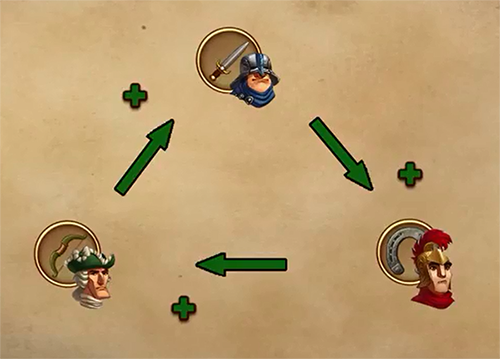 The table below shows how much we need to send units on a certain number and type of bandits to suffer the smallest losses. Mercenary camps are created by the player, so you can not specify a predetermined attack because they do not know how many, and what the units are in the camp. Number of our units in the group may be less, it all depends on that we needed rounds. For this purpose, the best of the simulator.


Remember to change the appropriately units during the fight! 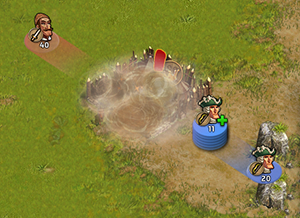 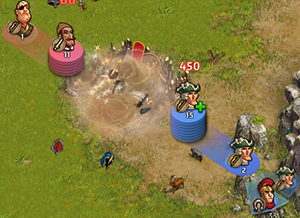 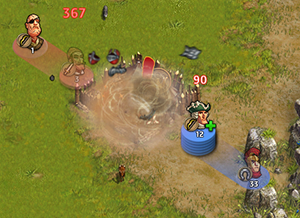 Attacking the camp with leader:

Below shows the optimum compositions for various camps with the leaders. If you have not found any composition or see an mistake, please let us know by using the contact form in the contact section.

To block the camps, send heavy units that have a weak attack but are more durable. The length of the round is the same as the general transition time between two flags (1 flag = 1 round). Just calculate how much our other generals have a flag to transition of capture zone of the blocked camp. The result will give us the number of required rounds of fighting block. The best is yet to accept a few extra rounds in blocks due to the interruption when changing groups. We must also remember to the appropriate set of generals. Sometimes we need to send blocking General to camp with boss, who at some point will be intercepted by blocking camp.

The table below shows how heavy units must be sent to the blocking of bandits and mercenaries. Heavy units fighting in groups of 10 units. Is also given number of rounds, during which fighting one group heavy units.